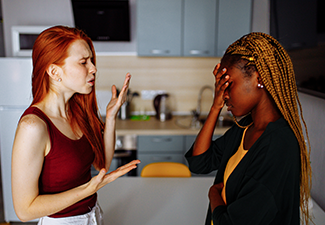 It wasn’t until 2015 that a Supreme Court ruling made same-sex marriage legal across the country. Before this, it was illegal in Louisiana to marry someone of the same sex. Same-sex couples getting married in Louisiana inevitably means that at least some of those couples will eventually get divorced. While gay divorce is legally the same as a divorce between an opposite-sex couple, there still are some issues in same-sex divorce that may need to be considered.

If you’d like to speak with a family law attorney about your same-sex divorce and are in the Denham Springs, Louisiana area, reach out to us at Law Office of Ivy L. Graham. We’re able to represent clients throughout the area including Livingston, Colyell, Holden, and Albany

Like every state since 2015, same-sex marriage is legal in Louisiana, but prior to this, the state had banned gay marriage completely. Same-sex couples now have the same rights and responsibilities as any married couple, and can enjoy the same tax benefits such as joint filing, inheritance benefits, health insurance benefits, and retirement fund benefits, among others. They also get to live in the knowledge that their union and love is just as valid and meaningful as anyone else’s. However, because it was illegal for so many years, there are some issues that can come up when a same-sex couple gets divorced.

Since many same-sex couples were together long before they had the right to marry, if they eventually do divorce, that time isn’t always taken into consideration. This can affect a divorce in a few ways. One of the biggest concerns regards dividing property. This is typically done by separating the couple’s assets into two categories: assets that were acquired before the marriage (called separate property) and those that were acquired after the marriage (marital property). Same-sex asset division can be tricky because the couple wasn’t given a choice on when they were able to get married, and some assets that may legally be considered “separate” would have been considered marital property if the laws had been different.

This can also affect how same-sex alimony is determined (if it’s to be awarded at all). The duration of alimony is often based on how many years the couple has been married, but it usually doesn’t count time spent together before that. There are, however, instances where if you can prove cohabitation you may be able to affect alimony payments.

Another pressing concern for same-sex divorces has to do with children because there is typically only one (or no) biological parent to the child, even if both spouses have been equal parents for their child’s entire life. If the non-biological parent never legally adopted their spouse’s biological child, they may not automatically qualify for certain child custody or visitation rights. Of course, the couple can decide on their own how best to split parenting time, but if you have a vindictive spouse, they could potentially bar you from your own children.

Lastly, there are almost always tax issues to take into consideration. This also revolves around how much time the couple has actually been married. Many times, taking advantage of the tax breaks of a retirement account or investment requires you to be married. During a divorce, it’s not uncommon for one spouse to take a financial hit because they don’t have access to the same benefits any longer.

Experienced Guidance Every Step of the Way

If you’d like to speak with a divorce attorney in Louisiana who’s aware of the unique issues facing same-sex couples, give us a call at Law Office of Ivy L. Graham in Denham Springs, Louisiana.

Understanding the Pros & Cons of Prenuptial Agreements How Does Remarriage Affect Your Divorce? Issues in Same-Sex Divorces Divorcing Later in Life